The next San Francisco election will take place on Tuesday, March 3, 2020. You did not read that wrong. Many local policy wonks will recall that presidential primaries in California have historically been held in June. That changed when former Governor Jerry Brown signed the Prime Time Primary Act in 2017 to move up the California presidential primary. Note that this only applies to presidential election years — all other years will have their primaries take place, as usual, in June (read more about this in our conversation with Secretary of State Alex Padilla). Confusing? A bit, but in the end, most have praised the decision as a way to ensure presidential candidates no longer ignore the largest, most diverse state in the nation when seeking the highest office in the country. 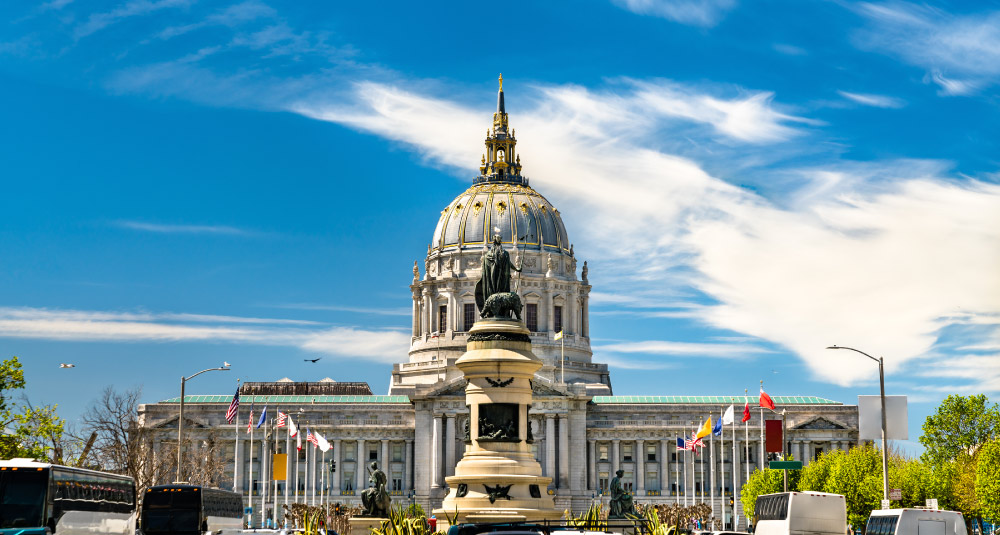 WHAT’S AT STAKE IN THE SAN FRANCISCO MARCH 2020 ELECTION?

Check your status. Voters have until February 18 to change their party registration.

*Interesting tidbit: California voters registered as No Party Preference and other third parties have surged in recent years, surpassing the number of registered Republicans in 2014.

In San Francisco, there are no open positions for the March 2020 election. However, there will be primaries for the House of Representatives, California State Senate, and California State Assembly. There is no need to register with a party for these elections — voters will be able to choose from any of the candidates running. And as a reminder (or if you are new to California), California has a top-two primary, meaning the top two vote-getters in the primary will be on the ballot in the November general election, even if they are both from the same party.

San Francisco will have five local measures on the March 2020 ballot. And before they get lost in the shuffle of the Presidential Primary, sf.citi highlighted a couple of key propositions that need to be on every San Francisco voter’s radar.

Competing office development measures were considered for the upcoming ballot. Once Todco, an affordable housing management nonprofit in SoMa, succeeded in getting their proposal to the ballot, Mayor London Breed gave serious thought to going forward with a competing measure. In the end, however, she decided against it. 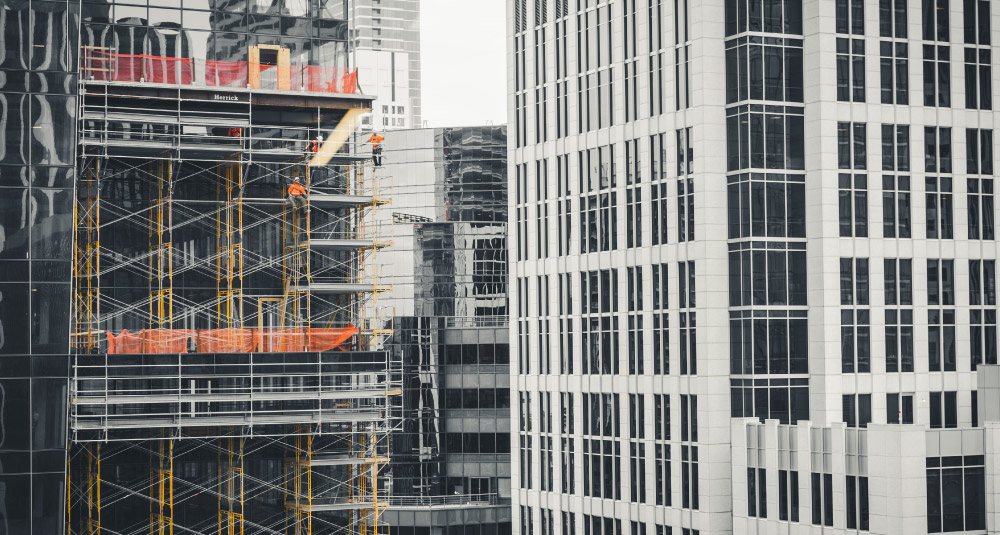 What is the purpose of the measure? The intention of Prop E is to emphasize and encourage building affordable housing in San Francisco, especially in lieu of office space.

What will the measure do? Prop E places a moratorium on new commercial real estate if state-mandated affordable housing goals are not met. This measure would build upon Prop M, the 1986 measure that capped the amount of office space San Francisco can approve to build each year. To take this a step further, Prop E would lower the amount of office space that the City can approve by a percentage equal to any shortfall in meeting state-mandated affordable housing goals, also known as the Regional Housing Needs Allocation.

Furthermore, this measure would grandfather in current office projects underway and even expedite their construction. The measure would allow these projects to sidestep the restrictions in place from Prop M.

Talk to me about $$$. This measure does not involve any monetary component. However, by limiting the amount of office development, many have expressed concerns that Prop E could significantly reduce the City’s affordable housing funds. Due to linkage fees — which the Board of Supervisors voted to increase last year — new office projects generate a substantial amount of funding for affordable housing in San Francisco.

The San Francisco Office of Economic and Workforce Development estimated that over the next 20 years, Prop E would cut anywhere from $600 million-$900 million in affordable housing fees paid by offices and reduce property taxes by $1 billion-$1.5 billion.

How will it affect me? The effects of Prop E are not exactly straightforward. As it stands, there are many different views on how the passage of this measure would play out.

If this measure sounds complicated, that’s because it is. To learn more about how Proposition E would work and the effects it could have on San Francisco, check out this in-depth analysis by CityLab.

How many votes does the measure need? As a city ordinance, this measure only requires a simple majority —50 percent plus one — to pass, and would go into effect immediately. There is some speculation that it could take 10 to 15 years for Prop E to be invoked due to the expedited construction of millions of square feet of office space currently in the pipeline.

This proposal by District 3 Supervisor Aaron Peskin becomes one of many recent efforts by the City to combat blight and make San Francisco’s commercial corridors more vibrant. 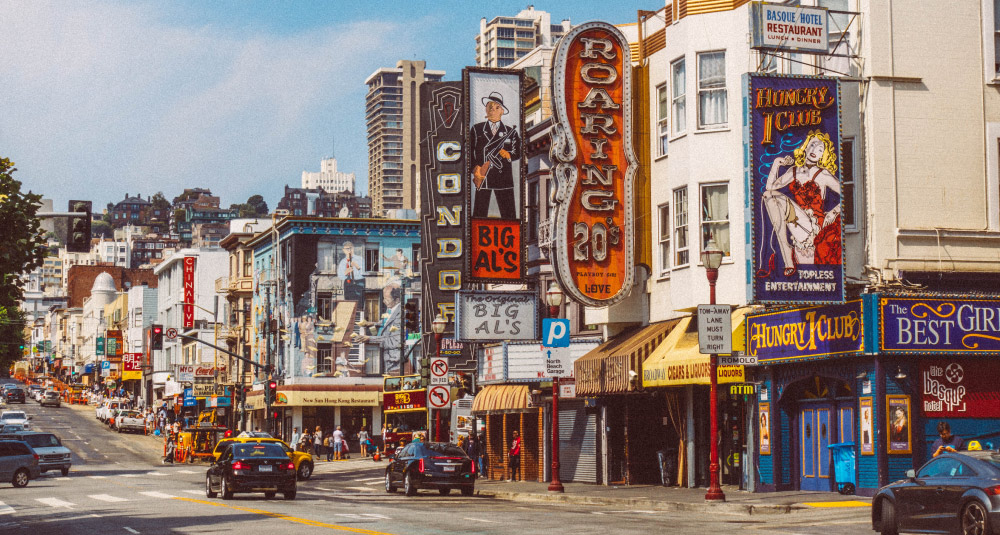 What is the purpose of the measure?  Simply put, the mission of Prop D is to address the epidemic of empty storefronts across the City by encouraging building owners to rent out spaces at a faster pace, either by settling for a lower rent or finding a pop-up or short-term tenant.

What will the measure do? Prop D is a rather straightforward proposal. If it passes, landlords whose storefront has been empty for more than six months will be charged a fee based on the size of the space and how long it has remained empty. However, not all landlords will be charged under this proposal. The measure includes exemptions for landlords who apply for and obtain permits from the City, are hurt by a disaster, or are making improvements to the property.

Talk to me about the $$$. After six months of a vacant storefront, the tax starts at $250 per linear foot of storefront in year one, increases to $500 in year two, and then doubles to $1,000 for each year after that. The City Controller estimates that the tax will generate roughly $300,000-$5 million annually which will be donated to the Small Business Assistance Fund (created by this measure).

How many votes does the measure need? Because the measure is a dedicated tax, voters must approve it with a two-thirds supermajority. If passed, the measure would take effect in January 2021.

WHAT TO EXPECT NEXT BEFORE MARCH IN SAN FRANCISCO?

With a little more than a month out from the election, campaigns are hosting kick-off parties and launching ads across the City. At sf.citi, we ensure our members and their employees have all of the information they need to make well-informed decisions on local issues for the 2020 Presidential Primary election. Stay tuned for sf.citi’s voter guide and slate card in the coming weeks. You can also read up on San Francisco elections in our SF Politics 101 guide.

Voting is the easiest way to participate in local democracy. Make sure to register to vote.