Too early to start thinking about the 2020 California Primary Election? At sf.citi, we think not. We’ve made it our mission to keep our members and community informed about elections in San Francisco, such as the one coming up in November 2019, and the state at large. We sat down with California Secretary of State Alex Padilla to discuss how voting for the 2020 Presidential Primary Election in California will look different than in years past, as well as the topic du jour: election security. 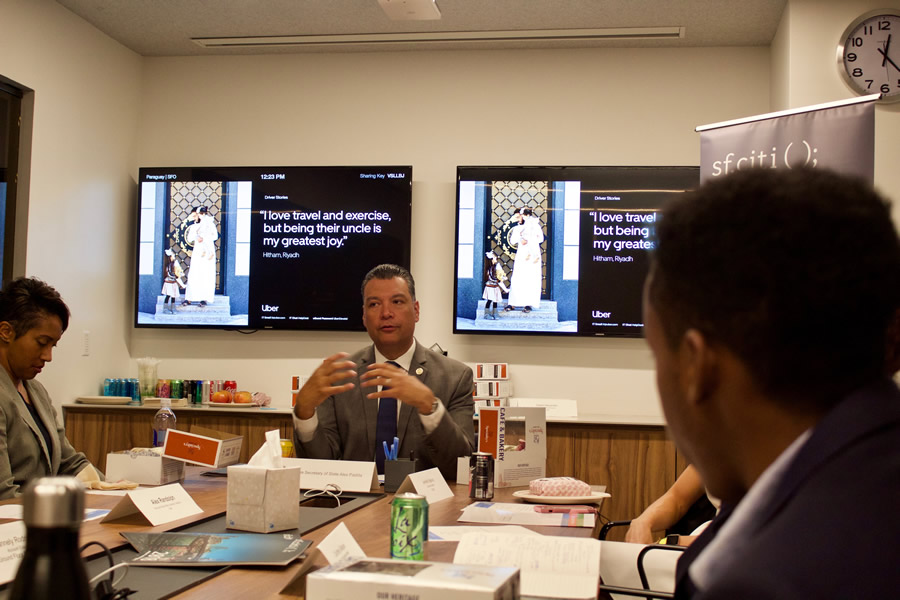 2020 VOTING IN CALIFORNIA MOVED UP TO MARCH

One of the biggest changes in 2020 is the timing of the California Primary Election. In late 2017, former Governor Jerry Brown signed the Prime Time Primary Act, which moved California’s 2020 Primary Election to the first Tuesday of March (March 3, 2020)—three weeks ahead of when it was held in 2016. And this change is not just for 2020, Secretary Padilla assured us. The bill permanently moves the California primary from the tail end of the presidential primary schedule to “prime time.”

Historically, presidential primaries in California have been some of the last in the country to take place, meaning presidential nominees are more or less determined by the time they make the rounds in the Golden State. According to Secretary Padilla, moving the California election up in the primary schedule will force candidates to “address our issues and earn our support,” not just roll through for campaign donations.

ONE MILLION NEW VOTERS THROUGH AUTOMATIC VOTER REGISTRATION IN CALIFORNIA

Secretary Padilla championed Governor Brown’s 2015 New Motor Voter Act, which made California the second state (after Oregon) to adopt automatic voter registration. The law went into effect in April 2018, which means Californians no longer have to fill out a voter registration form. Instead, eligible Californians are automatically registered to vote during their routine visits to the DMV to obtain or renew their driver’s license (they can, of course, opt out).

Predictably, the transition to automatic voter registration in California was not perfect. Reports arose of erroneous and duplicated voter records due to both software and human error. The good news, says Secretary Padilla, is that the problems have all been “mitigated and addressed.”

And all things considered, Secretary Padilla would call Calfornia’s automatic voter registration an “overwhelming success story.” Not only has the policy added about one million previously eligible but unregistered voters, it helps the state maintain more accurate voter rolls. “When people move,” explained the Secretary, “They’re quick to get an updated driver’s license with their correct address, but they don’t think of contacting the Secretary of State, or the county elections office, to update their registration record.”

ELECTION SECURITY DURING THE 2020 CALIFORNIA ELECTION

The most significant change Secretary Padilla has observed during his years as California’s head of elections is the increasing “importance and emphasis on election security.” Following the 2016 Presidential Election, Secretary Padilla and his office have devoted a lot of “attention, time, and resources” to ensuring the security of the election process. Here’s how:

NO EXCUSES: VOTING IN CALIFORNIA IS EASIER THAN EVER

According to Secretary Padilla, voter turnout in each of the counties conducting elections under the Voter’s Choice Act exceeded statewide turnout. Several more counties (Fresno, Los Angeles, Mariposa, Orange) are adopting the act for next year. Have we convinced you of how easy it is to vote in California? Register here.

WHAT’S TECH GOT TO DO WITH IT?

From improving voter systems to easing the registration process, modern technology has proved critical to driving up civic participation and engagement. But that’s not the only place for tech during election cycles, emphasizes Secretary Padilla. While many San Francisco tech companies and sf.citi members already find creative ways to get out the vote come election time, Secretary Padilla calls on all tech companies to join him as “Democracy at Work” partners.

The tech community has a very broad reach, and not just an opportunity, but I suggest a responsibility, to help inform the general public about civic participation.

In true sf.citi fashion, we will keep you up-to-date on everything #Election2019 and #Election2020. What you can do in the meantime, is start brainstorming how you and your company will raise awareness about the next San Francisco election in November 2019 and, of course, the 2020 Presidential Primary Election in California. Tell us what you are doing to prepare for 2020 by dropping a line at info@sfciti.org or tagging us on Twitter.