In recent years, San Francisco tech companies have turned to local community leaders to better understand what they can do to be stronger city partners. One thing they heard over and over again among Bay Area nonprofit organizations was the need for affordable space—whether it be for events, meetings, team retreats, or training sessions. sf.citi members responded by opening up their offices to meet the needs of their nonprofit partners and local community groups, and help them achieve their mission. 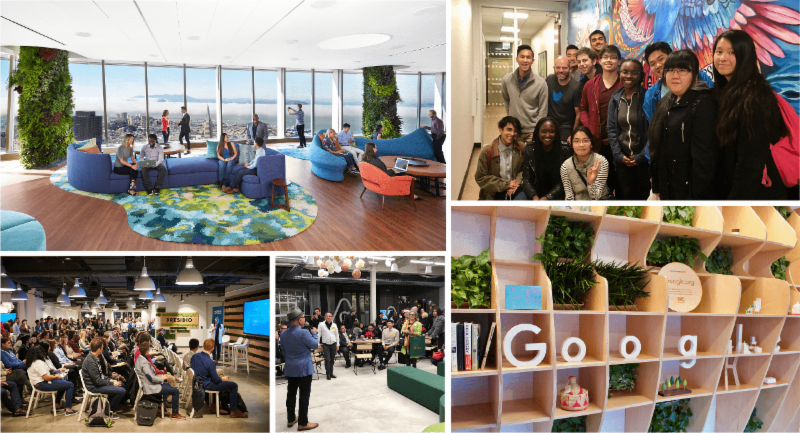 Journey with us through the community spaces at sf.citi member companies Airbnb, Google, Okta, Twitter, and Salesforce. Varying in age, size, and structure, these five tech community spaces have unique features that mirror the character of each company they represent. Take a look at photos and descriptions in our blog below.

Earlier this week, sf.citi teamed up with our partners at Tech:NYC to host the inaugural Tech City Summit, focused on bringing together local tech policy leaders from across the continent. Despite the almost-May snow flurries, everyone made it safely to Boulder, Colorado.

Joining us at the summit were various local tech advocacy organizations from across North America. We brought in leaders from Tech:NYC, sea.citi, Austin Tech Alliance, Communitech, the Greater Nashville Technology Council, Bonjour Startup Montreal, and connecting in via webcam, TechToronto.

The two-day summit started with a dinner on the first night with none other than Colorado Governor Jared Polis followed by the second day at Google’s Boulder campus, which centered around organized activities focused on shared learning and collaboration.

In our dinner with Governor Polis, he focused the night’s discussion on Colorado’s booming tech industry, highlighting a number of reasons for this trend. He described Colorado as having an appetite for disruption, young people being attracted to the Colorado culture and lifestyle, and, in comparison to cities like San Francisco and New York, a more affordable place to live.

Then in the second day, we spent the day working together on building better policy and better tech for tomorrow and finding ways to collaborate and thread together our various streams of work and focus.

We left the summit feeling optimistic about the state of technology around United States and Canada.

Ahead of last week’s Port Commission meeting, sf.citi affirmed our support of Mayor Breed’s proposed Navigation Center on the Embarcadero to provide essential services and care to our unhoused neighbors.

The proposed 2.3 acre Navigation Center in question would sit on Lot 330 of San Francisco’s eastern waterfront, located in the district home to the city’s largest homeless population. Supported by a wide range of vocal supporters, these temporary shelters increase the number of beds offered by the city and provide vital high-quality services – two areas San Francisco is lagging behind in. Some of the loudest voices in favor of the Navigation Center came from the city’s tech community. Two giants of the tech industry, Marc Benioff, CEO of sf.citi member Salesforce, and Jack Dorsey, CEO of sf.citi member Twitter, championed and donated to the cause. In opposition, some neighborhood residents near Lot 330 claimed that District Six already shoulders its “fair share of homeless shelters and services.” 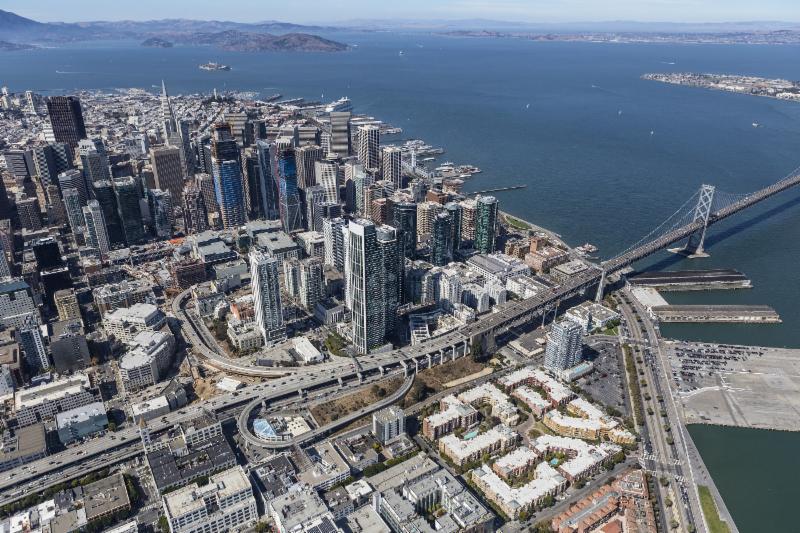 Days before the Planning Commission decided the fate of the Navigation Center, sf.citi published a letter of support in the San Francisco Examiner, joining several other prominent supporters. After months of intense public debate and emotional community meetings, the Navigation Center was unanimously approved at the Port Commission meeting on April 23rd. It will open with 130 beds and eventually ramp up to the promised 200 beds over the next seven months. The city will have a two-year lease on the Port’s property, with the opportunity to renew for another two years, contingent on if the Port Commission finds the center reduced homelessness on the waterfront.