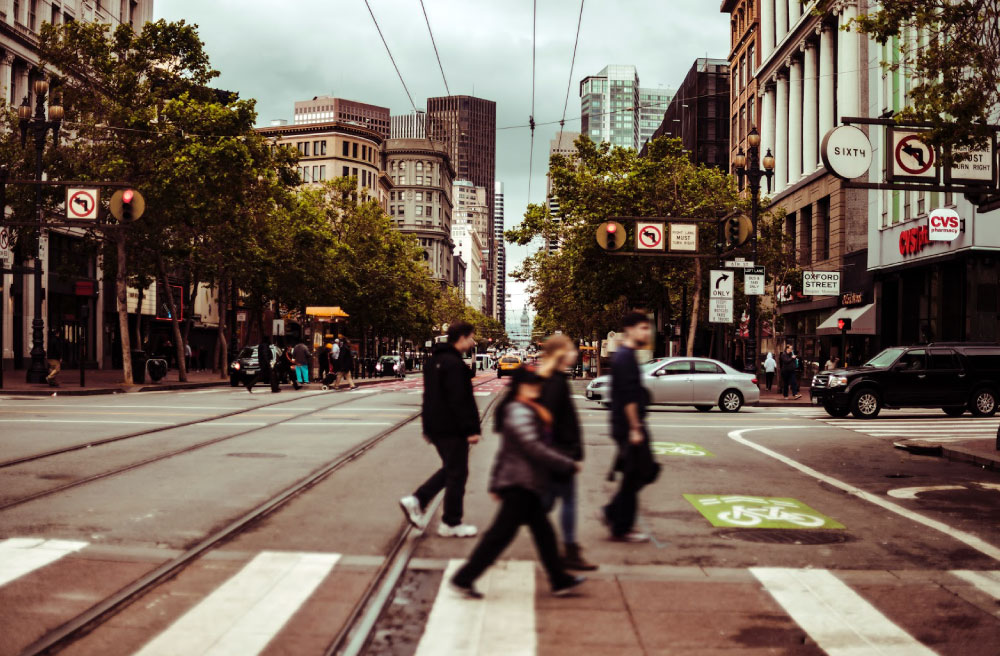 As we wait to assess the full impact of the COVID-19 pandemic, San Francisco is one of many cities across the country already facing a frightening and real threat: funding its budget in the midst of an economic standstill. San Francisco leaders are currently looking at a budget crunch that could rival the Great Recession. With the effects of COVID-19 getting worse by the day, we wanted to provide an overview of the state of San Francisco’s budget.

Learn more about impact of COVID-19 on San Francisco’s budget by listening to sf.citi’s conversation with San Francisco City Controller, Ben Rosenfield, below.

BEFORE COVID-19: THE PROJECTED OUTLOOK OF SAN FRANCISCO’S BUDGET

At the beginning of the year—in what now feels like an eternity ago—the City’s budget experts submitted their regular update on the status of San Francisco’s financial plan. They reported that over the next two years, San Francisco would have a $420 million budget shortfall. Even before COVID-19 hit, the City faced an uphill battle in closing its funding gap.

AFTER COVID-19: THE PROJECTED OUTLOOK OF SAN FRANCISCO’S BUDGET

The City recognized early on that COVID-19 would significantly impact budget plans. With budget talks coming up, they issued a report on the notable impacts resulting from COVID-19. At the March 31st Board of Supervisors meeting, the City Controller, the Board’s Budget Analyst, and the Mayor’s Budget Director presented their findings.

Given the uncertainty of the situation at hand, the report looked at two scenarios: a more limited impact and a more extended impact. The best-case scenario predicted severe losses in the next three months followed by a quick recovery near the end of 2020. The worst-case scenario, meanwhile, predicted severe losses over the next six months and extended recovery through 2021 and beyond. No matter how the experts presented it, the outlook for San Francisco’s budget does not bode well.

After factoring in the two scenarios above, the new results projected the budget shortfalls to rise to $1.2 billion and $1.7 billion respectively. And with the economy steadily getting worse, those numbers could easily grow. Summing up the impact of COVID-19 on San Francisco’s economy, City Controller Ben Rosenfield described the situation to the San Francisco Chronicle as “not simply a health emergency—this is now almost certainly a recession.” The surging economy we enjoyed only a short time ago now serves as a fond memory.

The City accompanied these grim projections with a decision to delay the budget setting process for at least two months to give City leaders more time to assess the damage caused by COVID-19 before planning San Francisco’s financial future. Hopefully, by that time, we have a better understanding of the economic fallout.

In response to the COVID-19 outbreak, San Francisco Mayor London Breed enacted the first shelter-in-place order in the country. This early and aggressive decision was undoubtedly the correct one and has saved countless lives. However, the move also pushed millions into unemployment and sank the local economy—an unfortunate side effect.

Like other cities, San Francisco sources revenue through a variety of tax streams that rely on a thriving metropolis, including but not limited to when visitors stay at hotels (hotel tax), people buy everyday goods (sales tax), and brokers exchange property (transfer tax). With fewer travelers, zero conventions, and less business overall, the City will see sharp and immediate losses on most, if not all, tax revenue streams.

San Francisco officials expect high losses from tax revenue over the next two years, mostly due to losses in hotel and real-estate transfer taxes. As the San Francisco Chronicle laid out, over the next three months, the City expects a $167 million to $288 million dollar shortfall. In the 2020-2021 fiscal year, the numbers dramatically shoot up to between $330 million and $581 million dollars. Then in the 2021-2022 fiscal year, we are expecting a shortfall of between $214 million and $382 million dollars. Include the original $420 million budget shortfall, and over two years we reach the $1.2 billion to $1.7 billion projected budget shortfall. These will be challenging times ahead as we try to restore San Francisco’s fiscal health.

Mayor Breed started taking small, but necessary, measures to cut costs in the City. She sent a letter directing departments to freeze their hiring and add only essential hires—those working on the City’s COVID-19 response or performing critical tasks. She also paused nonessential capital projects funded for this fiscal year such as street-repaving, maintenance to buildings, or non-emergency tree pruning. Yes, these are more of a bandaid than a long-term solution, but the City will need to take every measure at its disposal, no matter how small.

Unlike the federal government, local governments cannot borrow money. That makes finding ways to fund the City budget more difficult in a time of crisis. Cities must bolster their budgets with some combination of lower spending, higher tax rates, or fees—none of which are viable options in our current situation. Spending needs to increase as we prioritize funding the City’s COVID-19 efforts. Tax hikes are also off the table as the once-thriving economy no longer presents a solid source of revenue. What other options does San Francisco have?

Eventually, San Francisco will be able to access part of the recent $2 trillion federal relief package approved by Congress. In the stimulus package, federal legislators set aside $150 billion to help state and local agencies recover from the effects of COVID-19. First, the state will receive the relief funding—$15 billion for California. Then for cites with a population over 500,000 (San Francisco is at 883,900), the money will bypass Sacramento and head directly to San Francisco City Hall to help fund hospitals, unemployment benefits, and fare-starved transit. In addition to the federal money, San Francisco should expect to receive funding from the state for housing and homeless operations. These funding streams will be a much-needed source of relief to help ease the City’s budget constraints. However, the details around the amount of money heading to San Francisco will not be clear for a while, adding even more uncertainty to the City’s financial outlook.

For an immediate influx of cash, we can access the City’s reserve fund. The $590 million will certainly help the City soften the budget impact but it will not be sufficient to carry San Francisco through multi-year revenue losses. On a brighter note, the state of the City’s reserves looks much better than it did during the last recession in 2008.

Speaking of 2008, the City can review its playbook from that time. As one of the few cities to weather the storm last time around, we will likely consider similar tactics, such as City hiring freezes, postponed raises, and layoffs. That being said, we not only face a different economic constraint, San Francisco has also changed significantly over the last 12 years. Since 2008, San Francisco has experienced an increase in population, a growing housing crisis, higher demand in homeless services, and a 30 percent jump in the overall budget. We will need new ideas to address the economic crisis posed by COVID-19.

WE CAN MAKE IT THROUGH THIS

The economic toll of this pandemic will be devastating. City leaders know they must develop a plan to revitalize San Francisco and its economy. That requires a lot of heavy lifting and help from the entire San Francisco community. The City took an important step in that process by creating an economic recovery task force to plan a response to the steep and abrupt budget revenue losses caused by COVID-19. In the coming months, this group of city, community, and business leaders will begin the long and arduous process of negotiations on how best to direct San Francisco’s economic recovery.

This will not be an easy path to recovery. There will be a lot of pain along the way. As we detailed above, the City has a gargantuan task ahead of them but they are focused—rightly so—on fighting the spread of COVID-19 and protecting the health of San Francisco.