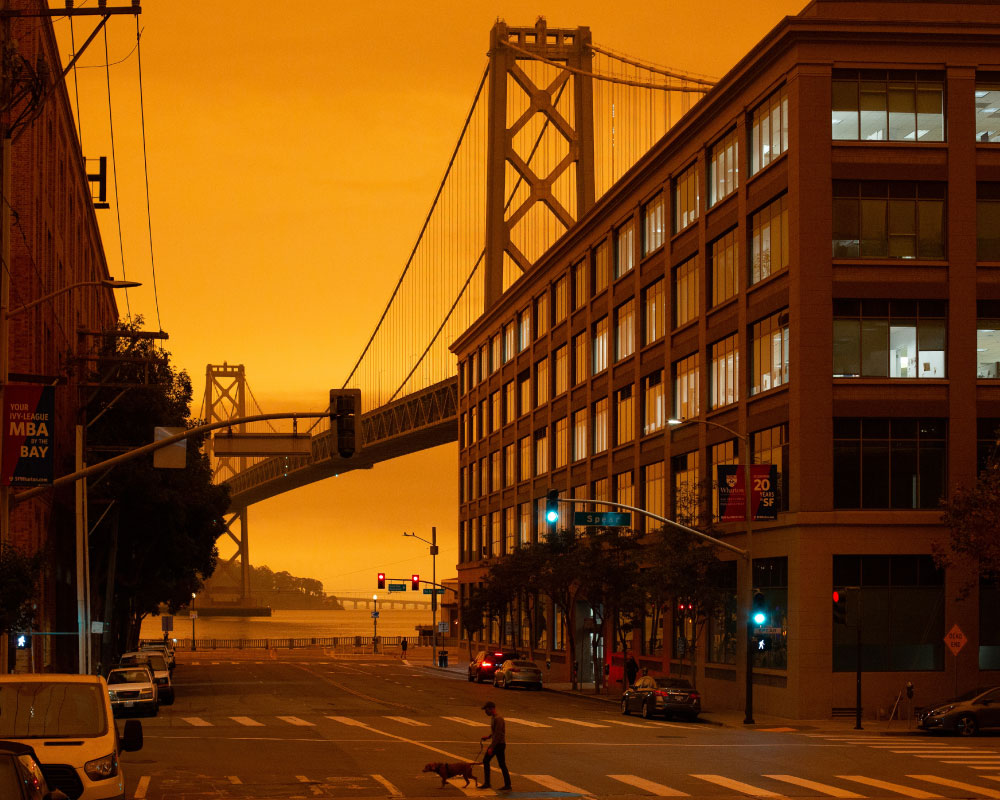 With the days blending together during quarantine, you might be surprised to learn that the 2020 Presidential election is just over a month away. In California, all registered voters will start receiving their mail-in ballots as early as October 5. That means voting will go on for a month and politics—at all levels—will certainly dominate the media and everyday conversations, whether you want it to or not.

WHAT’S AT STAKE IN THE SAN FRANCISCO NOVEMBER 2020 ELECTION?

While all local elections matter, the upcoming November 2020 election is shaping up to have an outsized effect on San Francisco’s future. San Francisco faces an unprecedented pandemic, an alarming economic downturn, and an eye-popping $1.5 billion budget deficit over the next two years. The new leaders elected and ballot measures passed will profoundly shape the City’s immediate recovery efforts and have lasting effects on our community.

In addition to the general elections for the President of the United States, House of Representatives, California State Senate, and California State Assembly, all odd-numbered Supervisor seats are up for election in San Francisco. With six Board seats on the ballot, two of which are open contests, the makeup of San Francisco’s Board of Supervisors may look vastly different than it does right now.

Not sure if you live in an odd-numbered district? Use this tool to find your district.

San Francisco will also have 12 local ballot measures and one regional measure on the November 2020 ballot. While these measures look to address a wide range of important issues from small business permitting to police staffing, sf.citi wants to highlight two of the high-profile tax measures: Proposition F: Business Tax Overhaul and Proposition L: Business Tax Based on Comparison of Top Executive’s Pay to Employee’s Pay. If passed, these two measures could significantly impact San Francisco’s economic future.

WHAT DO YOU NEED TO KNOW ABOUT PROPOSITION F: SAN FRANCISCO’S BUSINESS TAX OVERHAUL?

What is the purpose of the measure? When San Francisco became the last California city to replace its payroll tax with a gross receipts tax (GRT) in 2012, experts projected the tax change would be revenue neutral (meaning it would bring in the same amount of revenue as the system it replaced). The City began phasing in the GRT, while simultaneously phasing out the payroll tax. In 2018, however, it became clear that the GRT was falling slightly short of its projected revenue. That’s when San Francisco leaders started eyeing the November 2020 ballot as a way to recalibrate the GRT to make it actually revenue neutral with the previous payroll tax. But like everything in 2020, COVID-19 completely disrupted those plans. Instead of tinkering with the GRT, Proposition F completely overhauls the GRT in an attempt to increase revenue for the City.

What will the measure do? Proposition F is a charter amendment that will amend San Francisco’s business and tax regulations. In order to achieve this overhaul, San Francisco will once and for all phase out the payroll expense tax, which currently sits at a 0.38 percent tax rate, and increase the GRT rates for certain industries over several years. Some industries will not see tax hikes until 2024, including retail, arts organizations, restaurants, manufacturing, and hospitality businesses. Other companies in tech and financial services, meanwhile, will face the steepest increases, with 10 percent tax hikes starting in 2022 and increasing five percent each year through 2024. This translates to tech and financial service companies paying an additional $43 million in annual taxes by 2024.

Talk to me about $$$. If passed, the GRT increase will eventually add up to $97 million of new revenue annually for San Francisco, according to City Controller Ben Rosenfield. In addition to the revenue raised from the tax increase, the measure would unlock roughly $300 million raised from the two 2018 Proposition C measures. Also known as Big C and Little C, these 2018 measures increased the GRT on companies to specifically support homeless relief efforts (Big C) and fund childcare and early education programs (Little C). Because these measures were placed on the ballot through voter initiatives and passed with 50 percent of the vote rather than the two-thirds threshold required for dedicated tax measures, they were challenged in court. The City has since collected the money that would be generated by the two Proposition C measures, but has been unable to spend it due to the pending court cases.*

*Update: On September 9, the California Supreme Court ruled in favor of the City and validated Big C. Unless an appeal is made—and the chances of that happening are slim to none—the City can begin spending the money raised by Big C. The money raised by Little C, on the other hand, will remain unusable until that court decision has been made.

How will it affect me? With business taxes, the direct effect on individuals can be difficult to quantify. But on a larger scale, Proposition F would potentially allow the City to garner increased revenue to fund its $12 billion budget and help cover the $1.5 billion budget deficit. The long-term impact on the makeup of the business community, however, may be a different story.

How many votes does the measure need? Because the charter amendment increases revenue raised for the general fund, this tax overhaul only requires a simple majority of 50 percent plus one to pass. It would go into effect at the start of the 2021-2022 fiscal year.

WHAT DO YOU NEED TO KNOW ABOUT PROPOSITION L: SAN FRANCISCO’S BUSINESS TAX BASED ON COMPARISON OF TOP EXECUTIVE’S PAY TO EMPLOYEE’S PAY?

What is the purpose of the measure? Proposition L, more commonly referred to as the “CEO Tax” or the “Overpaid Executive Tax,” started as a proposal last year. It was intended to fund a new mental health program for the City but eventually fell through. Its sponsor, District 6 Supervisor Matt Haney, then decided to reintroduce the “CEO Tax” for the November 2020 election, but with one major change. He rewrote the “CEO Tax” as a general tax instead of a dedicated tax for mental health funding.

What will the measure do? As the measure’s name suggests, the tax seeks to add a surcharge to the City’s annual business tax for large pay disparities between a company’s top executive and median San Francisco worker. To do this, the City’s Business and Tax Regulations Code would be amended to impose an additional gross receipts tax or an additional administrative office tax on companies in which the compensation of the highest-paid managerial employee—anywhere in the world—is at least 100 times more than the median compensation of employees based in San Francisco.

When calculating compensation to use for this ratio, Proposition L considers almost all forms of income. The text of the measure defines compensation as “wages, salaries, commissions, bonuses, property issued or transferred in exchange for the performance of services, including but not limited to stock options.”

Not every company in San Francisco that has a high compensation ratio will be subjected to this tax, however. The tax exempts nonprofit organizations, companies with gross annual revenues under $1.7 million, and executives who make less than $2.7 million annually.

Talk to me about $$$. Current projections have the tax adding upward of $140 million a year to San Francisco’s general fund. While this money may be spent as the City sees fit, the Board of Supervisor passed a recent resolution to express their non-binding intent to use the revenue raised from this tax to hire healthcare workers, mental health workers, emergency responders, and other essential workers due to COVID-19.

How will it affect me? Similar to Proposition F, the direct impact of business taxes on individuals is difficult to quantify. With that being said, the tax measure has been held up as a way to address income inequality in San Francisco. By taxing companies based on a ratio of compensation, the measure’s proponents believe the tax will prompt companies to raise the wages of their employees. Whether or not this actually happens, however, remains to be seen.

How many votes does the measure need? Because the revenue raised from this measure goes to the general fund, Proposition L requires a simple majority of 50 percent plus one to pass. It would go into effect starting in January 2022.

WHAT TO EXPECT NEXT BEFORE NOVEMBER 2020 IN SAN FRANCISCO?

As we head into the final stretch of the campaign season, we understand how difficult it is to keep up with all of the races on the San Francisco ballot. To make it as easy as possible for you to stay informed of San Francisco’s November 2020 election, sf.citi will release our usual voter guide with helpful information about each of the 13 ballot measures, as well as a candidate questionnaire comparing the Supervisor candidates running for office. Stay tuned as we launch both in the coming weeks. You can also read up on San Francisco elections in our SF Politics 101 guide to San Francisco government.

Voting is the easiest way to participate in local democracy. Make sure to register to vote (if you live in California, the deadline to register is October 19!).