Portable Benefits and Modernizing for the Gig Economy

In its short lifespan, the gig economy has made independent contractors a rising demographic in the American workforce and lexicon. Here in the Bay Area, and in many other regions across the country, the gig economy has added new levels of convenience and flexibility for both gig workers and users. Naturally, it has also sparked a conversation on how we think about employee protections, particularly for the growing number of independent contractors.

Always striving to be at the forefront of policy that affects the tech industry and sf.citi member companies, in today’s policy piece, sf.citi dives deeper into the burgeoning labor discussion around gig workers and the concept of portable benefits.

HOW THE GIG ECONOMY HAS CHANGED THE AMERICAN WORKFORCE 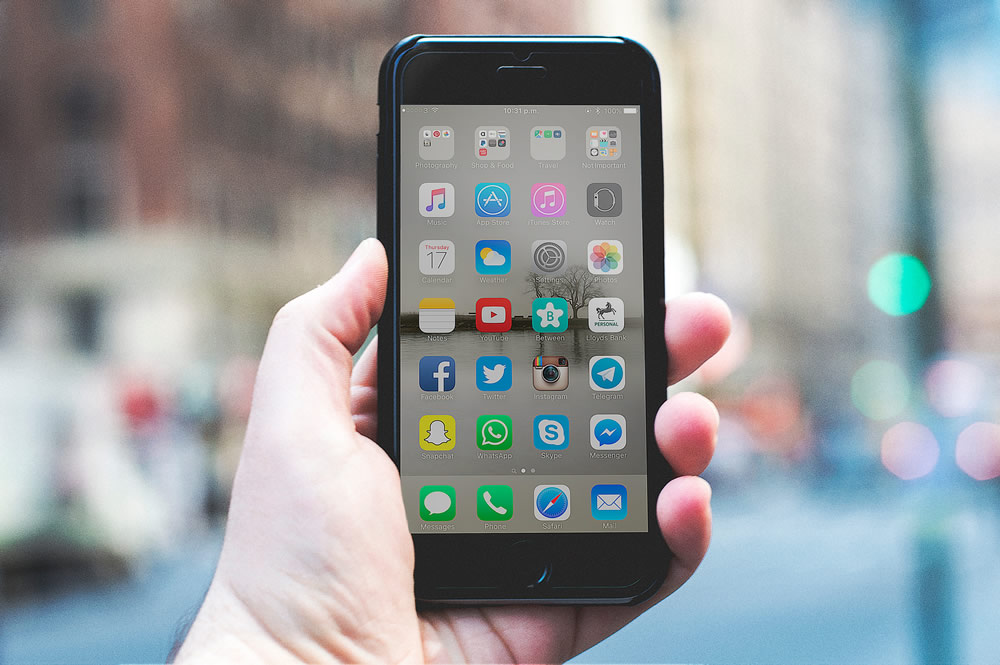 The modern workforce has gone through a drastic overhaul since the 20th century. Most workers used to stay with one employer until retirement. Today, the rise of freelancers, companies increasingly hiring subcontractors, and, of course, the growing gig economy, has led to a spike in workers who can be classified as independent contractors – a quarter of the workforce according to the McKinsey Global Institute. This shift away from traditional employment means more workers are looking elsewhere for an array of benefits traditionally provided by employers.

Government and companies alike are grappling with providing benefits to workers, especially independent contractors, while maintaining the flexibility of the sharing economy. One proposed solution has been portable benefits.

WHAT ARE PORTABLE BENEFITS?

Portable benefits are benefits owned by workers themselves rather than being tied to a specific job or company. Defined by the Aspen Institute, portable benefits include the three main characteristics:

EXAMPLES OF PORTABLE BENEFITS IN ACTION

Though portable benefits in the context of the gig economy are a new idea, the nation’s largest and oldest social insurance program, Social Security, can be labelled a portable benefit. Much like the Aspen Institute definition, social security benefits are kept by the same account holder, travel with you from job to job, and allow for contributions by multiple parties, such as individuals and employers.

In the past, we have seen examples of taxi workers and the City and County of San Francisco forming benefit alliances to essentially serve the same purpose. The New York Black Car Fund was formed in the name of workers compensation for New York taxi, limo, and ride-hailing services. And prior to the passage of the Affordable Care Act, the San Francisco Board of Supervisors created the Healthy San Francisco program in 2006 to provide healthcare coverage to uninsured individuals regardless of preexisting health conditions, employment status, or immigration status. You can see even more examples of portable benefits in the Aspen Institute’s Portable Benefits Resource Guide, from Hollywood guilds to international benefit systems. 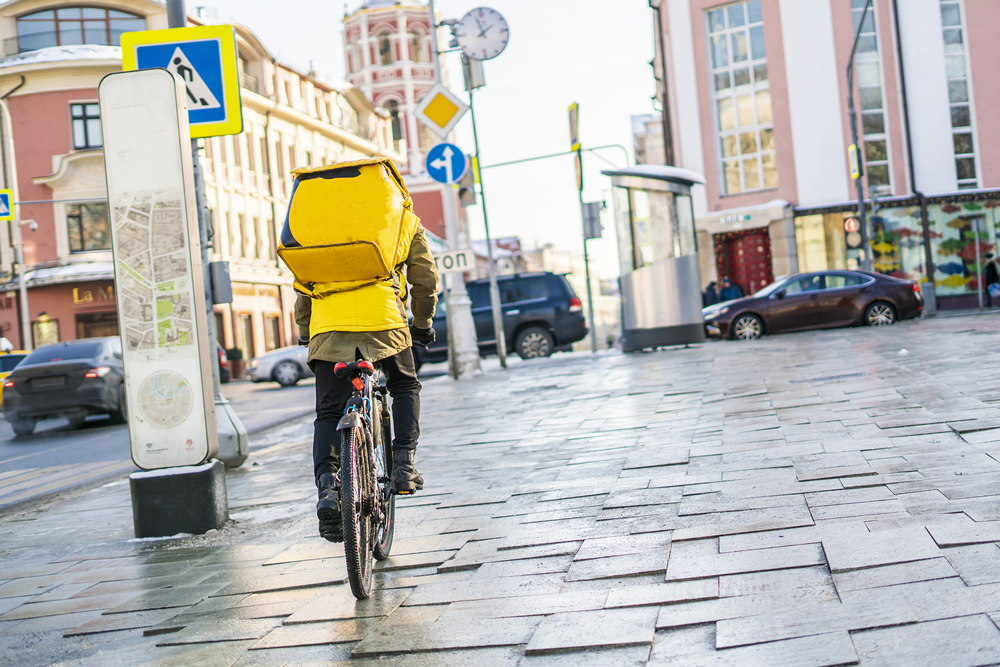 The concept of portable benefits has been in use for some time but it was not until the emergence of the gig economy that demand for a more consistent and expansive system arose. Over the past few years a handful of third-party benefit providers focused on independent contractors sprung up.These include Alia, a pilot platform created by the National Domestic Workers Alliance, which allows clients to contribute to a benefit fund that can be accessed at any time. Another example is Stride Health – a partner with sf.citi members Uber and Postmates – which allows workers to search for and buy affordable health insurance. And not to be left out, sf.citi member Lyft has partnered with eHealth and Guild Education to offer its drivers health insurance, education mentors, and tuition discounts.

Federal
Thought leaders as far back as 2015 have been working to determine solutions for the evolving workforce. Initial conversations between worker advocates, leaders from across the political spectrum, career labor officials, gig economy platforms, unions, VC’s, and more helped bring notoriety to the issue. During his 2016 State of the Union, President Obama even mentioned portable benefits when discussing the Affordable Care Act. In 2017, U.S. Senators Mark Warner (D-VA) and Todd Young (R-IN) introduced a bill to create a $20 million fund to allocate grants for experimenting with portable benefits. Despite some bipartisan support, the bill failed to move past committee. A similar House bill introduced by Rep. Suzan DelBene that year also met the same fate.

Recently, protections for independent contractors at the federal level appear to be getting more difficult to come by. President Trump has signed bills to repeal protections for cities and states that established automatic Individual Retirement Account (IRA) programs last year and his Department of Labor ended myRA – an Obama-era program aimed to help low and middle-income workers save for retirement.

States
Not waiting on the federal government to act on improving the portability of benefits, state and local governments across the country have started to experiment with portable benefit systems. Last year, a bill was introduced in Washington to “require companies providing services to consumers and using workers taxed under 1099 status to make contributions to nonprofit “benefit providers.” (Brookings) Oregon, meanwhile, launched OregonSaves to create an automatic IRA plan – extending to all employers by 2020.

These examples exist on top of the emerging trend across state governments to enact policies that guarantee paid family leave, sick leave, and even leave protections for independent contractors.

As with most policy issues, California has been a pioneer in benefits of the future. Even before being elected, Governor Newsom was an outspoken supporter of portable benefits, proposing a “sector-by-sector” system of portable benefits that could be moved from job to job. He has said the current benefits system is designed for a different era, especially as the number of workers participating in the gig economy has risen to over two million in California.

Portable benefits received further attention following last year’s California Supreme Court Dynamex ruling, which tackled the legal question of worker classification – a core component of the portable benefits discussion. In the end, the court established the new legal standard, “ABC Test”, to determine an employee from an independent contractor. As everyone tries to codify the California Supreme Court’s ruling, the stage has now been set for lawmakers, trade associations, labor activists, companies, and workers to negotiate what will happen next.

Much of the ongoing debate around the Dynamex ruling on what constitutes an employee stems from disagreement about the level of protections employers need to provide independent contractors. There are concerns, for example, that portable benefits (at least as they exist now) do not offer as robust protections as benefit packages afforded to traditional employees. Furthermore, much of the cost of portable benefits continues to be shouldered by the independent contractors themselves rather than the companies for which they work.

Looking ahead, thought leaders across the public and private sector will have to determine how portable benefits funding will be structured, who will administer the benefits, whether they are mandatory for all independent contractors, and what worker protections they should include (health care, workers’ compensation, overtime, disability insurance, etc.). With many of the specifics still to be determined, the California Employers Blog predicts, “There are likely to be numerous bills on the matter – from industry-specific bills to more comprehensive solutions.” In San Francisco, we are at the forefront of policy shaping an evolving workforce, and as the discussion on portable benefits continues to develop, sf.citi will have a front-row seat on policy, cross-sector discussions, and work culture coming down the pipeline. Rest assured – we will let you know about many more updates to come!