One Software Engineer’s Foray into the World of Politics 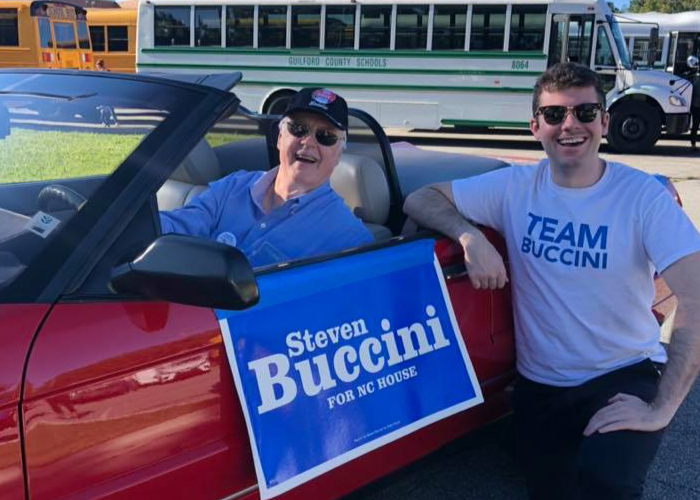 Sometimes living in San Francisco feels like magic. And I’m not just talking about gorgeous sunsets at Ocean Beach or late-night burritos at El Farolito. It’s the little things, like the fact that you can recycle virtually anything or the presence of tiny parks (officially called POPOS) scattered across downtown. These programs, unique to San Francisco, exist because people like you got involved on issues they were passionate about. And right now, that level of activism is lacking in the tech sector. Our community desperately needs folks knowledgeable about technology to make their voices heard.

In 2017, I founded a startup to add another tech-savvy voice to our political process. I convinced my best friend from college to quit his lucrative consulting job to be my co-founder. I raised $140,000 from friends, family, and complete strangers. I hustled to spread the word of our company any way I could. But the endgame wasn’t an IPO or an acquisition. In fact, it wasn’t a company at all. It was a political campaign. My goal was to get elected to represent my hometown in the North Carolina state legislature.

As a political novice, I knew it would be a wild ride. I’ve got all the stories you would expect and some you wouldn’t, but the most frustrating (and frankly, frightening) aspect of campaigning was realizing just how technologically deficient legislators are. After the Parkland shooting, my opponent talked up the $5 million of state funds he helped allocate to school safety initiatives. The purpose of this particular appropriation? To purchase a mobile app that allows students to anonymously report threats at school. Even a novice developer would tell you that such a simple application shouldn’t cost anywhere close to $650,000, let alone that amount each year. Unfortunately, this is par for the course. Very few people in state capitals have a sufficient level technical expertise to properly scope technology initiatives or weigh the tradeoffs inherent in any sort of technology regulation.

I lost my race, meaning I wasn’t able to change things from the inside as I had hoped. But after seeing the huge deficit of technical expertise up close, I knew that I couldn’t just walk away. Even after a year of campaigning, however, I was still unsure about how best to navigate the policymaking process as a private citizen. That’s when I learned about the Aspen Institute’s Tech Policy Hub. It’s a policy incubator based in San Francisco that teaches technologists of all stripes how to engage in policy (and you receive a stipend to do so!).

My crash course in tech policy included everything from researching how to secure our elections to holding design-thinking workshops with San Francisco seniors to brainstorm new ways to keep them safe online. Despite my lack of prior policymaking experience, I was surprised to learn just how easy it was to interact with government institutions on issues I am passionate about. I was even more surprised when my ideas led to concrete policy change, like when my hometown switched from 15-year-old electronic voting machines to hand-marked paper ballots.

Here are my best tips for folks — technologists, Luddites, and everyone in between —  interested in engaging with lawmakers:

Just like exercising or volunteering, I believe that everyone should make civic engagement an integral part of their routine. Not only is it our responsibility as participants in the great American experiment but, if you’re like me, it will fundamentally change how you view government. Before my summer at the Tech Policy Hub, I considered government bureaucracy to be inflexible, inefficient, and impenetrable. I could not have been more wrong. I hope that you too will get involved, experience government from a different perspective, and affect change.