After weeks of hard work fighting on your behalf, we are very happy to announce this evening that we have defeated the proposed “tech tax” from being placed on this November’s ballot. The measure, which was widely covered both locally and nationally, proposed to add an unprecedented 1.5% payroll tax on tech companies within the city of San Francisco.

Fortune
Here’s Why S.F. Residents Won’t Be Voting on Taxing Tech Companies After All

The measure was sponsored by Supervisor Mar and co-sponsored by Supervisors Peskin and Campos, and was introduced to the Budget and Finance Committee at the August 1 meeting. Supervisors Farrell and Tang voted to table the bill, while Supervisor Yee voted to advance the bill to the full Board for consideration. In this 2-1 vote, the bill was effectively prevented from being considered by San Francisco voters for the November election, as the deadline for ballot consideration is tomorrow. 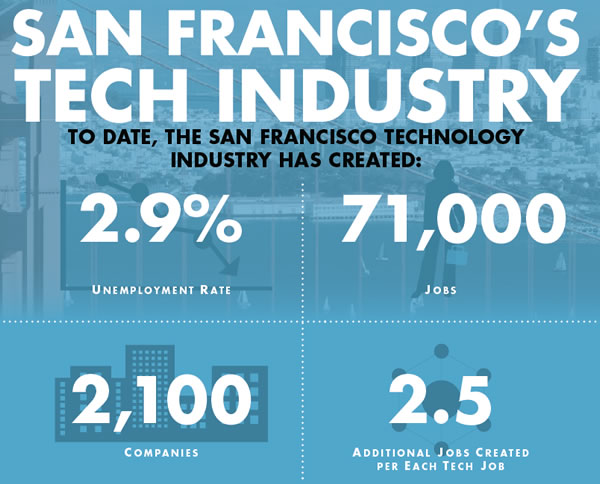 While San Francisco continues to boom rapidly and become a magnet for growth and innovation, it is important for us to build a One City approach to growth and collaboration between community members and sectors, both new and old. This measure was an example of bad policy and sought to divide and widen the gap between the tech sector and the San Francisco community, targeting tech companies as the cause of our current homelessness and affordable housing crisis. Furthermore, the measure would bring the antiquated payroll tax back to San Francisco, which would have made San Francisco the only city in California to implement such a tax. This step backwards would have stifled company growth and led to thousands of jobs lost and companies relocated, effectively undoing years of successful efforts to make San Francisco the envy of the nation with a 2.9% unemployment rate.

We are at a crucial turning point for our city and it is now more important than ever to continue building bridges towards collaboration, working together to solve our issues while sharing the impact of our successes. We thank each of our 1,100 members and supporters for their countless hours of hard work and support to this effort and look forward to continuing to work with you on making San Francisco the world’s leader in innovation.