For the past few months, the sf.citi team has been working around the clock to bring you SF Politics 101—an in-depth guide to navigating San Francisco government.

It takes time immersed in a city to understand all of its ins and outs. As San Francisco has become the tech capital of the country—maybe even the world—we know that people are constantly moving to the Bay Area. We hope that this guidebook will be a valuable resource to better understanding San Francisco’s one-of-the-kind political ecosystem, for both newcomers and lifetime natives. 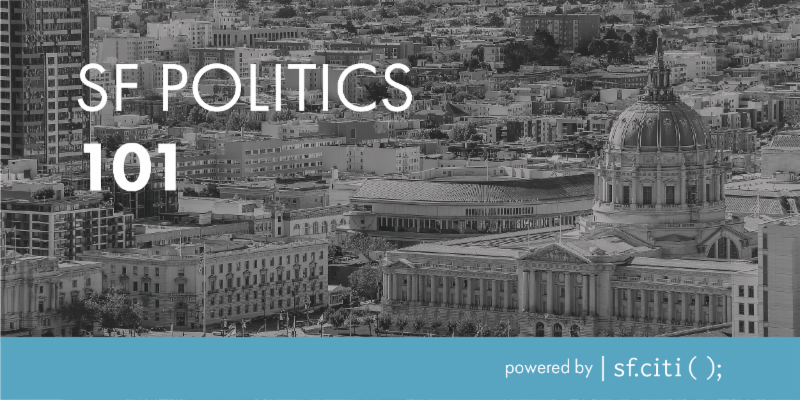 In this comprehensive report, readers will discover how the City and County of San Francisco operates, how power and responsibilities are distributed, how laws are created, how officials are elected and ballot measures passed, and everything else in between. As an extra benefit, the guide also includes helpful visuals that are available to print, including a simplified overview of the legislative process, updated San Francisco Supervisorial district map, and new city organizational chart.

While SF Politics 101 is reserved for sf.citi members, you can get a sampling of what each section has to offer even if you are not (yet) an sf.citi member.

HIGHLIGHTS FROM THE FUTURE OF FOOD 2.0 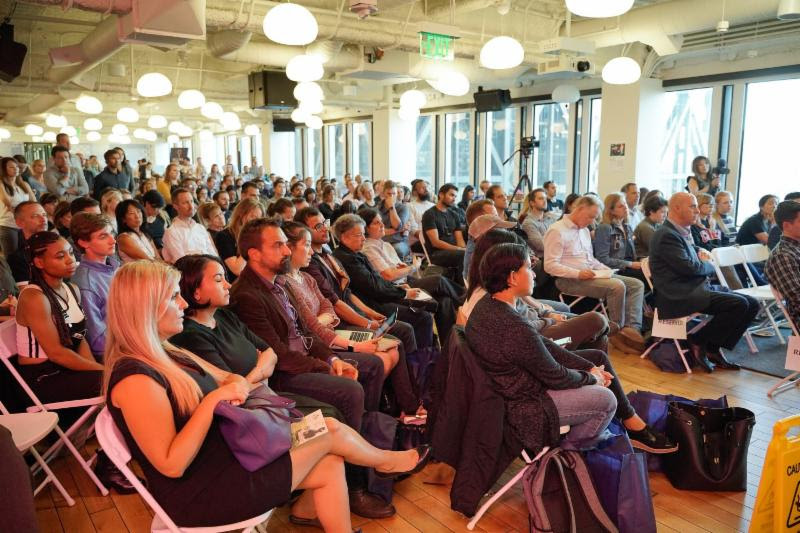 Partnering once again with WeWork and new partner, Facebook, we brought the best and brightest food tech leaders and investors together to discuss the future of plant-based innovation against a backdrop of the beautiful Embarcadero. We kicked off the night with a fireside chat between HRH Prince Khaled bin Alwaleed and Suzy Amis Cameron, moderated by sf.citi Executive Director, Jen Stojkovic, followed by a panel discussion from the world’s leading plant-based investor with additional speakers, Dan Altschuler Malek of New Crop Capital, Johnny Ream of Stray Dog Capital, and moderator Bruce Friedrich of The Good Food Institute.

A signature of the Future of Food event series, we featured our biggest and best Meatless Marketplace yet. Spanning two floors, attendees were treated to some of the hottest plant-based creations to hit the market, including soft-serve ice cream from Eclipse Foods, philly-cheesesteak burritos from Alpha Foods, queso-drenched nachos from Loca Foods, and much more. In addition to the double-decker Meatless Marketplace, attendees were surprised with grab bags of over two dozen plant-based treats from far and wide. It’s safe to say, in less than 24 hours, the momentum has already begun for the Future of Food 3.0!

If you were lucky enough to snag a ticket to the City’s hottest plant-based event of the year or just want to catch a glimpse of the evening’s festivities, check out more photos of the night below.

Overseeing 27 city departments and an annual budget of nearly three-quarters of a billion dollars, City Administrator Naomi Kelly has a lot of different roles and responsibilities within San Francisco government. To name a few, Administrator Kelly is the Logistics Chief of the city, she manages much of San Francisco’s back-office work, and she helps plan for citywide emergency response.

Administrator Kelly started her career with the City in 1996, working for Mayor Willie Brown. After completing her law degree, she returned to work for the City, where she worked again for Mayor Brown and then as the City Purchaser. When she began her current position as City Administrator, Kelly said, “I felt like I was at ground zero when technology started taking over.” She walked sf.citi members through some of the transformations she has seen over the years in both tech and regulation.

Question for the Administrator: How can tech partner with you to close the digital divide?

Administrator Kelly encouraged sf.citi members to focus on “training in the public housing and affordable housing units,” teaching residents about how not to fall victim to scams, how not to get hacked, and making strong passwords.

If you enjoyed or wanted to attend The Future of Food 2.0, sf.citi will be hosting a very exciting sustainability-themed event on August 28th. More details to come in future newsletters.