Last Wednesday, September 11, San Francisco’s old Honda dealership at 10 South Van Ness Avenue transformed into a temporary meal packing plant operated by volunteers from all over the City. The occasion was the Second Annual Bay Area Meal Pack for 9/11 Day, organized to turn a day of tragedy into a day of doing good. sf.citi proudly supported the first Bay Area Meal Pack for 9/11 Day in 2018, and we were pleased to carry on the tradition this year. Joining forces with 9/11 Day, HandsOn Bay Area, the San Francisco-Marin Food Bank, and the National September 11 Memorial and Museum, sf.citi helped galvanize volunteers throughout the Bay to honor this national day of service and pack meals for our neighbors in need. 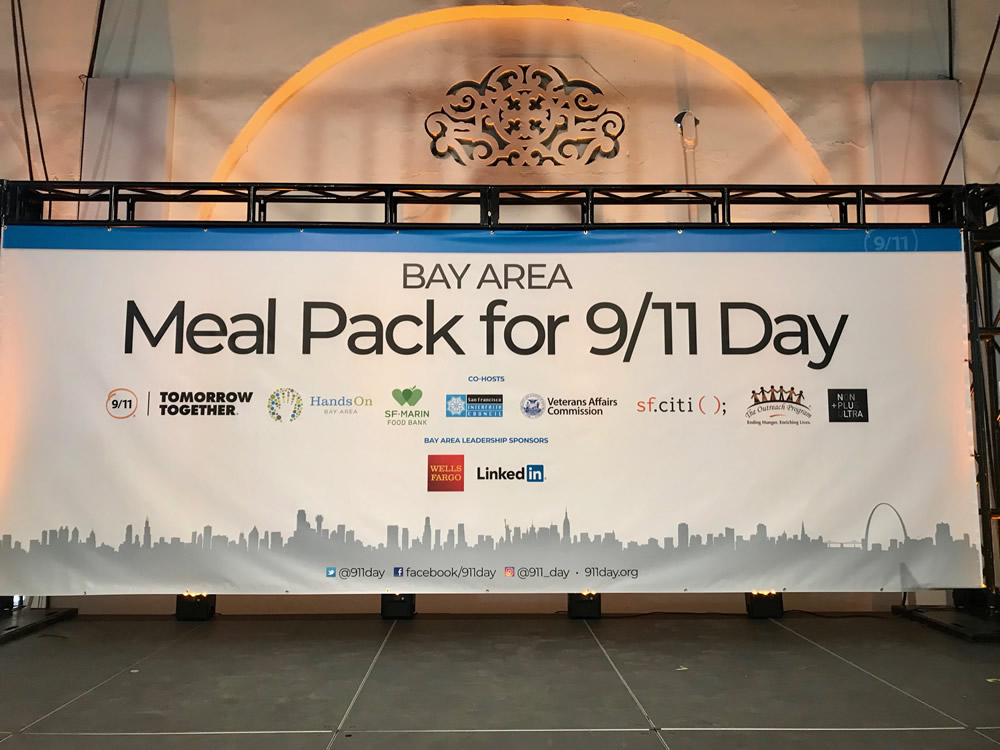 A DAY OF SERVICE AND REMEMBRANCE

sf.citi’s team came for the final shift of the day. We donned hairnets and plastic aprons and settled into our work station, eager to pack as many meals as we could for the next two hours. Before we could begin, though, Matty Shirer of HandsOn Bay Area paused the music and recalled the significance of our service. Almost two decades later, most of us can remember with stark clarity where we were on September 11, 2001. The room fell silent as we remembered those who died—the victims, the first responders, as well as everyone who continues to suffer from and stand up to terrorism today.

We also heard encouraging remarks from the San Francisco Police Department’s (SFPD) Chief of Police Bill Scott. As the music resumed, the many clusters of volunteers formed small assembly lines. For two hours straight, we carefully measured quantities of protein, grain, and fruit, funneled them into bags, and loaded everything into boxes. Throughout our shift, the room chimed with bells, tolled each time one of the groups completed a box.

COMING TOGETHER FOR 9/11 DAY 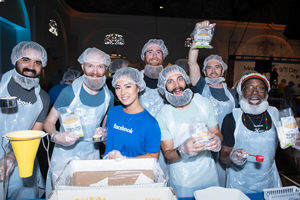 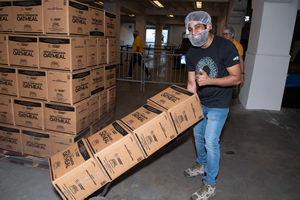 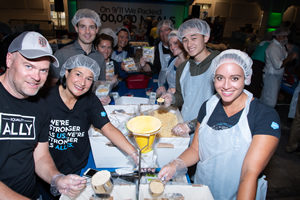 Employees from sf.citi members Facebook, Okta, and Salesforce. All photos courtesy of 9/11 Day.

Smaller teams like ours paired up with other organizations while several businesses had enough employees to man entire tables of their own. In either case, everyone easily fell into a rhythm, energized by the music and strong sense of community permeating the room.

We especially loved seeing so many sf.citi members sponsor and participate in Bay Area Meal Pack. Our team spotted a huge contingent from Okta during the 2–4 pm shift while volunteers from sf.citi members AT&T, AdRoll, Facebook, LinkedIn, Lyft, Salesforce, and Twitter came throughout the day.

Nothing speaks to the impact of the event than the sheer number of meals packed and delivered to people in need. The Bay Area Meal Pack was one of eight 9/11 Day meal packs taking place across the country. In San Francisco alone, we mobilized nearly 700 volunteers to pack 275,000 meals for the San Francisco-Marin Food Bank. Combined with the meal packs in other cities, the numbers rose to nearly 10,000 volunteers and more than 3.1 million meals for those in need.

The incredible turnout from all sectors of the City and the larger Bay Area certainly reinforced overarching premise of 9/11 Day, which celebrates the spirit of unity and compassion that arose in the wake of tragedy and loss. sf.citi looks forward to continuing the legacy with our members in years to come.