YEAR 3 OF BREAKING INTO TECH — GET TICKETS!

sf.citi is excited to announce year 3 of Breaking Into Tech, an evening of speed networking to connect current and future tech workers. Join us on March 18 at LinkedIn’s downtown San Francisco office and learn how to land a job in tech! 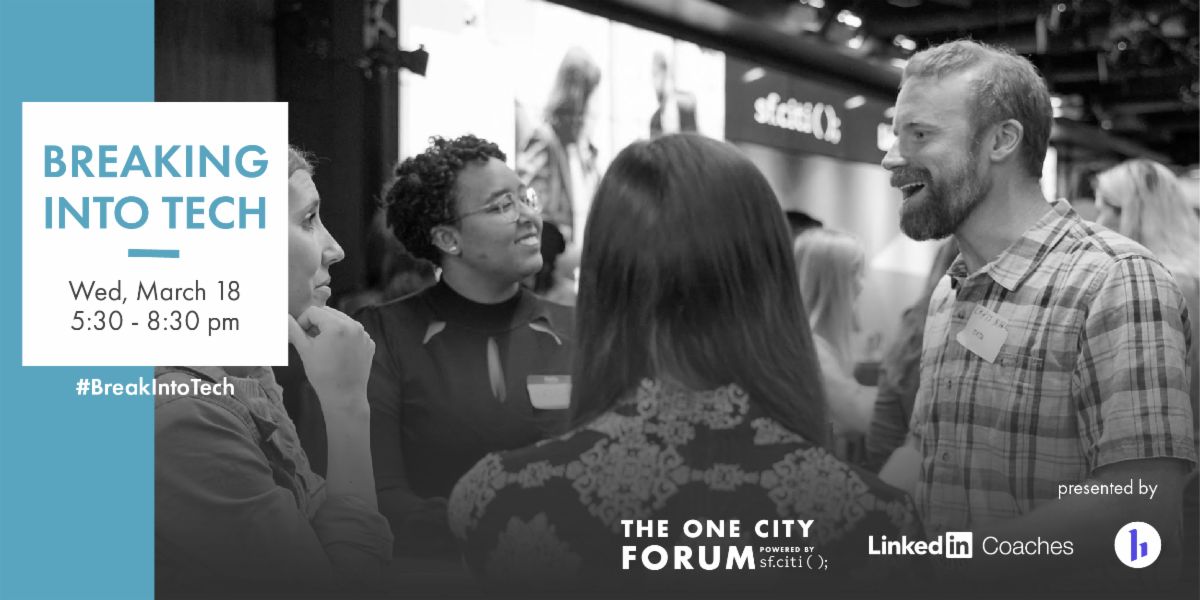 For the past two years, sf.citi has partnered with HireClub and LinkedIn Coaches to host our tremendously popular speed networking event, Breaking Into Tech. On March 18, job seekers will again have the opportunity to talk to employees at some of San Francisco’s most prominent companies. Hailing from self driving car companies Cruise and Waymo to social media titans Facebook and Twitter, our mentors represent a variety of departments and backgrounds. Come learn from their expertise!

Whether you’re looking to start a career in tech or find your next gig, Breaking Into Tech is the perfect way to gain insight and advice from seasoned tech professionals. And as in years past, career coaching platform HireClub will provide lightening resume reviews all night long. Secure your spot below—before they’re all gone!

Get Tickets to Breaking Into Tech

Protip: After last year’s Breaking Into Tech event, we talked to three hiring experts and came up a with a list of six best practices for landing a job in tech—check them out here.

Longtime sf.citi partner Meals On Wheels San Francisco is celebrating its 50th anniversary. We sat down with MOWSF CEO, Ashley McCumber, to discuss the organization’s new, state-of-the-art kitchen and ways tech can support the next 50 years.

For the last half century, Meals on Wheels San Francisco (MOWSF) has provided meals and critical services to homebound seniors in San Francisco. Today, the organization delivers 2 million meals each year—and that’s the “growth we’ve had to achieve just to meet the need that comes to our door,” explained McCumber.

Fitting for its 50th anniversary, Meals on Wheels San Francisco will open a 35,000 square-foot kitchen and food production facility in the Bayview later this year. It’ll be the largest kitchen of its kind on the West Coast. More importantly, the new kitchen will allow MOWSF to increase its capacity and continue serving San Francisco seniors, many of whom live at or below the federal poverty line. While many sf.citi members already participate in MOWSF programs, we wanted to understand what else tech can do to support the fantastic work of MOWSF.

We came up with three concrete ways the San Francisco tech industry can partner with MOWSF and serve our local senior population—find out what they are below.

Learn How You Can Support MOWSF

Elected in November 2018, Gordon Mar is entering his second year as District 4 Supervisor. Since taking the helm of San Francisco’s Sunset district, Supervisor Mar has focused much of his first year in office on workforce development and housing affordability. To address the budgetary challenges faced by City College of San Francisco, Supervisor Mar is working to expand the City’s Public Education Enrichment Fund. He is also working to bring City College classes to the west side of the City. As for housing, Supervisor Mar was a co-sponsor of Propositions A and E in the November 2019 election, both of which aim to streamline affordable housing production. 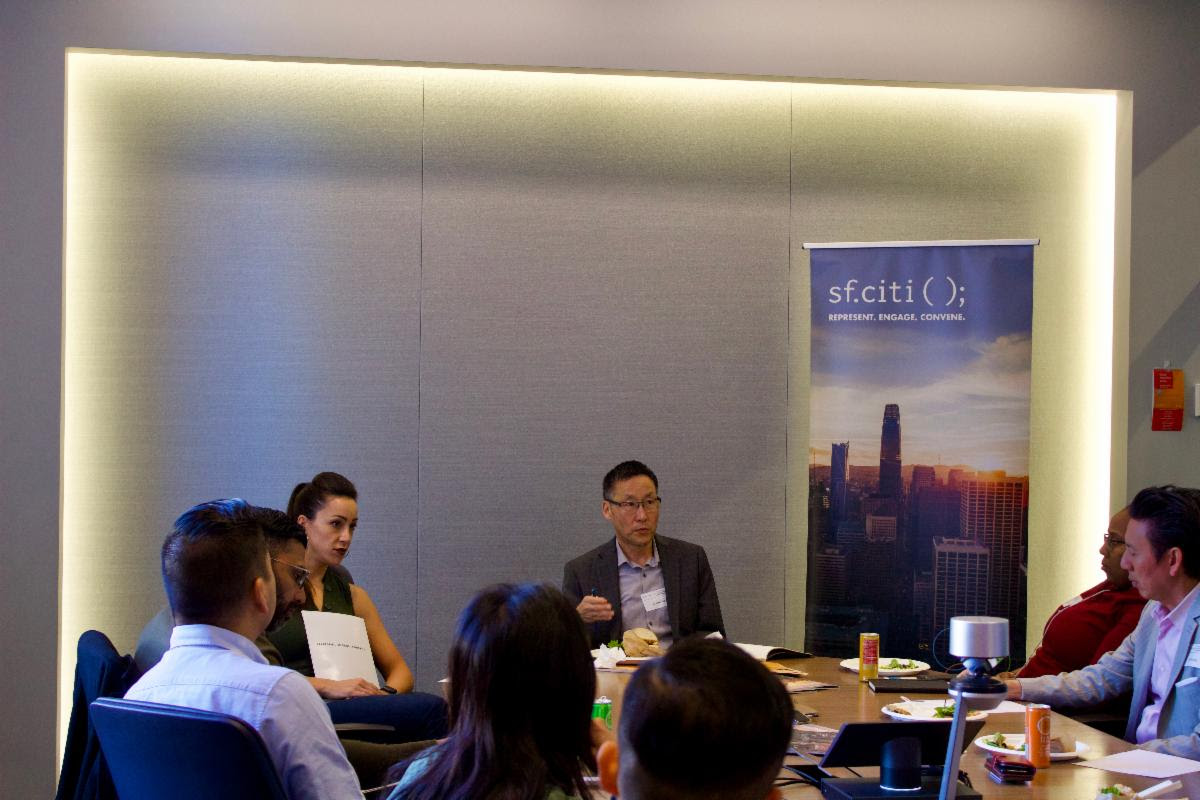 Supervisor Mar acknowledged that San Francisco has experienced an economic boom thanks in large part to tech. To make the most of this boom, he hopes to increase workforce pathways, especially for disadvantaged communities, within the tech industry. “I’m looking forward to working together to move our City forward,” said Supervisor Mar. sf.citi and our members mirror this sentiment and look forward to collaborating with Supervisor Mar on his workforce development goals and other initiatives.

Want to join a coalition of dynamic tech and nonprofit leaders working to build a more unified San Francisco? Apply to serve on sf.citi’s One City Forum!

In our latest opinion piece for the San Francisco Chronicle, we explain why sf.citi, the San Francisco Chamber of Commerce, and other local business leaders embrace Mayor Breed’s effort to reform and restructure the City’s business tax rates. At sf.citi, we believe in fair tax policies that sustain San Francisco’s economic growth. Having led a major tax reform in 2012, we are once again raising our hands to engage in a collaborative process to build a better, more balanced tax system that funds vital services for all San Franciscans.

The California Presidential Primary Election is less than a month away. You’re probably focused on selecting your presidential nominee. But don’t forget to study up on San Francisco’s five local ballot measures by reading our March 2020 San Francisco voter guide and make sure to vote on March 3rd!

Cannot get other user media. API shut down by Instagram. Sorry. Display only your media.